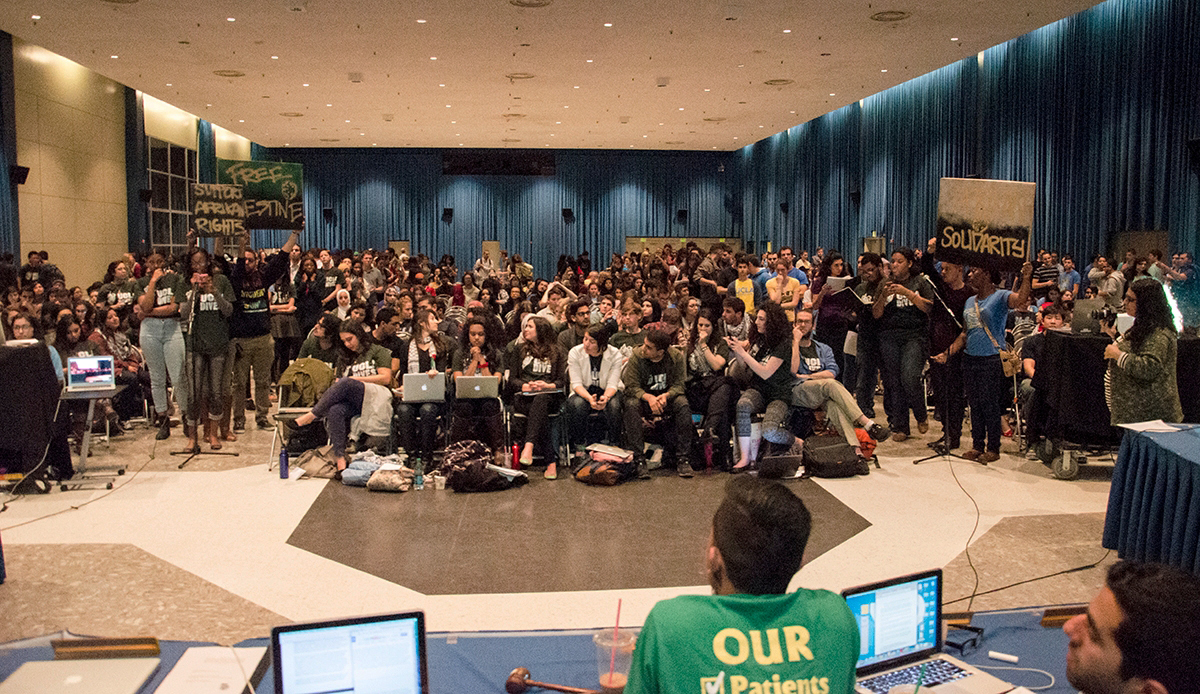 As a Jew, there’s no word I reserve when describing how I feel about anti-Semitism. “Abhor” is my go-to. “Despise” is fair game. “Disgusting” is appropriate as an adjective.

But the other side of that coin is casting a wary eye at those who apply the term “anti-Semite” only for its shock value.

Shapiro’s grandstanding declarations – there is no better word for them – were part of a rhetorical arms race that, even as it has evolved in intensity, has devolved in its tone and regard for facts.

Over the last two weeks, UCLA has seen a vicious back-and-forth of barb-slinging even as a massively important conversation about our priorities as a campus has languished in the background.

While Shapiro, a UCLA alumnus, showcases some of the most hotheaded speech, it’s hard not to agree with him on one point: “I have never been more ashamed to be a Bruin.”

If the events of the last two weeks have shown me anything, it’s that UCLA has in large part failed to teach its students to critically evaluate rhetoric and separate the good from the lazy and ill-informed.

The implication that to be pro-divestment is to be anti-Semitic is one of the best examples of the lazy, ill-informed rhetoric that has taken hold. Indeed, the students that made that claim along with Shapiro at the USAC meeting are in pretty poor company.

Three separate unsigned emails to USAC Student Wellness Commissioner Savannah Badalich, who was seen as a swing vote on the divestment issue, made that comparison, with one saying “if you as a council member vote for this you are undoubtedly anti-semitic.” Another wrote that those pushing for divestment should “watch your backs.”

These anonymous and semi-literate messages are the worst instances of a campus climate that is pretty poor on the whole.

Of course, accusations of anti-Semitism are not the only piece of rhetoric deserving of condemnation.

The suggestion that those who support Israel and Israel’s actions are Islamophobic or morally decrepit is also insulting, and sours the tone of what might have been a productive and mutually respectful conversation.

UCLA students, including members of student government and the leaders of pro-Israel and pro-divestment groups, need to be discerning about what words and statements they employ and allow others to employ.

Part of any constructive discourse – which is certainly necessary, although often absent in campus discussions of the Israel-Palestine conflict ­– is the willingness to recognize and reject inaccurate and toxic rhetoric.

Only by sifting through the statements we hear about this issue can we have a productive dialogue about issues that matter to the student body, leaving out all the snarling and stupid nastiness that serve only to cloud our judgment and good sense.

Campus climate, rarely rosy at UCLA, has boiled over into an unacceptable circus of derision, bullying and hate speech, much of it played out online, on Facebook and in the comments on Daily Bruin articles. We need to de-escalate.

How to do that is unclear. Two campus climate reports commissioned in 2012 by then-UC President Mark Yudof – one dealing with Muslim and Arab students and the other with Jewish students – were unsurprisingly noncommittal, with one suggesting a bizarre restriction of free speech and the other failing to make any unexpected suggestions.

But a good first step would be for the leaders of organizations like Bruins for Israel, Students for Justice in Palestine and Hillel at UCLA to turn to the people who follow their lead and tell them to disengage with rhetoric that is one-sided, factually weak or personally directed.

False or intentionally hurtful statements are immoral by nature. It appears, then, that the UCLA community has strayed far from its moral principles.